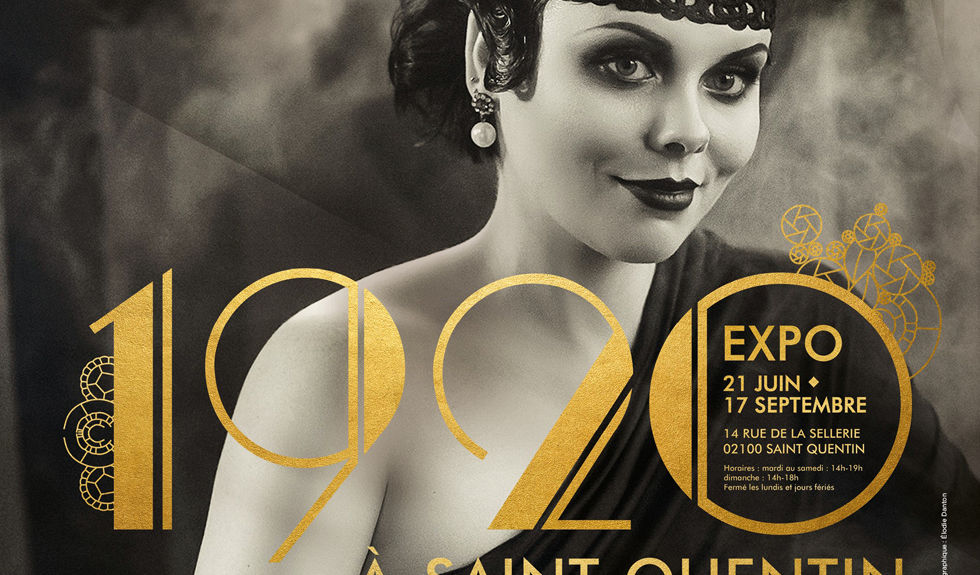 With this rebirth and this new era that opened after the Great War, Saint-Quentin decides to build cinemas and theatres. The first very important films from the French repertory are shown there, and celebrities such as Josephine Baker come to dance and sing their successes.

While Art Deco is above all an architectural style, it is also a state of mind that reveals all the facets of a modernity that reaches out to all of society. Saint-Quentin then becomes the cradle of entertainment in the Roaring Twenties.

Following the success of the first exhibition "Saint-Quentin and Art Deco - The invention of an international style", realized in partnership with the Cité de l'Architecture et du Patrimoine de Paris and having welcomed nearly 15,000 visitors, Saint Quentin will, starting on 20 June, be putting on a new exhibition about the Cinema and Music Hall of the 20's.

This project is conducted with the Cinémathèque Française de Paris, an institution of international renown on the history of French Cinema.

Already in colour, soon to be spoken, later in technicolour, cinema becomes the popular show par excellence. The exhibition will be an opportunity to reveal the history, architecture and décor of Art Déco cinemas in Saint-Quentin, put in perspective with the emergence of Parisian venues such as Le Luxor, Le Rex or Le Champo. The re-enactment of a cinema projecting the great silent successes of the Box-Office as well as the presentation of the dazzling evolution of cinematographic material, posters and photographs of filming and sets of major French and international films will unveil the importance of the Seventh Art.

If the Folies-Bergères theatre in Paris is the best example of the new craze of the period for Music Hall, the Carillon stage will host the international star of the time, Josephine Baker, in her main successes of the Casino de Paris and accompanied by her 16 Baker Boys. The exhibition will unveil the icons that would appear in these new fashionable venues.

The highlight of the exhibition will be the presentation of the original plates that Catel has just created for his new comic on the life of Josephine Baker for Editions Casterman.